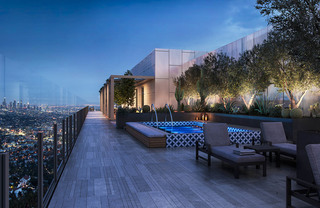 Los Angeles is known for its art, music, and cultural scene. The limelight of Hollywood combined with the appeal of Southern California draws many to America's second-largest metropolitan area. If you’re considering living here, don’t overlook Culver City. This LA suburb of, with a population of about 40,000 residents, is one of the best places to live in the area.

Apartments for rent in Culver City CA are popular among many young professionals and families because they offer an urban-suburban vibe. If you’re planning to move to LA and are searching for Culver City rentals, this essential guide can help!

Where is Culver City?

One of the best features of this city is its proximity to Los Angeles International Airport (LAX) and the ocean, with Marina Del Rey being its closest waterfront neighbor and the low-lying Baldwin Hills on the other side. This attractive location is one of the primary reasons Culver City apartments for rent are being constructed every day.

The idea for Culver City was first suggested in 1913 by Harry Hazel Culver, a prominent real estate developer, and promoter in California. However, the city was officially incorporated on September 20, 1917. Through establishing the city in a temperate zone along a transportation route and railroad tracks, Harry Culver dreamed of Culver City as a hub for entertainment and business in California.

With a location halfway between Los Angeles and Abbot Kinney's resort of Venice, Culver City was an ideal location for the film industry. It was given the moniker the "Heart of Screenland" during the 1930s and 1940s as it was responsible for half of America's motion picture production; today, it remains home to Sony Studios and Culver Studios.

This development was introduced during the same period as some of Southern California’s first shopping malls, retail stores, and restaurants. This helped to establish Culver City as an attractive and contemporary neighborhood.

Highlights of Living in Culver City

Since the 1990's Culver City has undergone a massive redevelopment plan that has been wildly successful. Here are some of the many reasons we recommend you add Culver City CA apartments to your search for a place to live in California.

Culver City offers the best of both worlds. You’re away from the noise and congestion of Los Angeles, yet still have easy access to entertainment and nightlife. Westside rentals in Culver City are situated among quiet avenues in a rare mix of urban and scenic settings.

If you prefer to live in a place that allows for the predominant use of public transportation, Culver City apartments are an excellent option for you. The area is easily accessible via the LA Metro. In addition, the Expo Line train recently opened connecting Culver City to Downtown Los Angeles making Culver City area apartments even more attractive.

The public schools in Culver City are highly rated, not to mention there are a lot of great parks and public services outside of its commercial sections. These features make it popular among families.

How to Find the Best Culver City Apartments

Here’s how to find the best home for you in Culver City:

Knowing how much you can expect to pay may help you decide which area to begin your search.

Transit access, the closeness of preferred amenities, and neighborhood noise are some of the things to consider when choosing an apartment in Culver City.

Sure, it’s best to start your search online. However, you always need to see every place you’re considering in-person to ensure it lives up to what’s online.

Once you’ve decided on a place, the management company or landlord will likely ask you to fill out an application; prepare to also have enough money to cover the first and last month’s rent and a security deposit.

Searching for new apartments in Culver City? It doesn’t get any better than ARQ’s new West Los Angeles apartments at Cumulus District, located at the corner of Jefferson and La Cienega Boulevards. Soaring 31 stories into the sky as the tallest free-standing structure in the area, ARQ will transform the landscape of Los Angeles. Our residences feature modern amenities including indoor/outdoor social gathering spaces, a state-of-the-art fitness center with panoramic views, a yoga and spin room with an outdoor fitness deck, a luxury screening room, a pet spa, a resort-style pool and cabana deck, a rooftop splash pool and terrace as well as an expansive clubhouse complete with a sports lounge, gourmet kitchen, and private dining space.

Book a virtual tour today or contact us to learn more about our pre-leasing options. 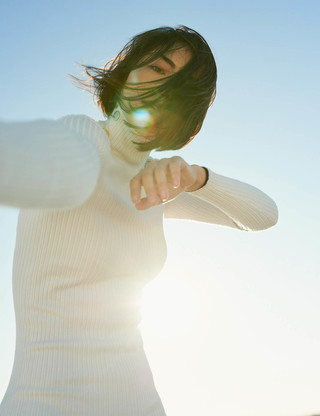 THE NEXUS OF LA

Convenient and centrally-located in LA, Cumulus District is poised to become LA’s newest, most vibrant cultural destination on the map.